Meet Our Worlds of Connections Team Kirk DombrowskiCo-Investigator (2018–2020) and Network Scientist
Vice President for Research, The University of Vermont Colleen SyronGraphic Design and Communications Director
Assistant Professor of Art (Branding, Advertising, and Interactivity) with a focus on graphic design in the School of Art, Art History & Design, University of Nebraska-Lincoln 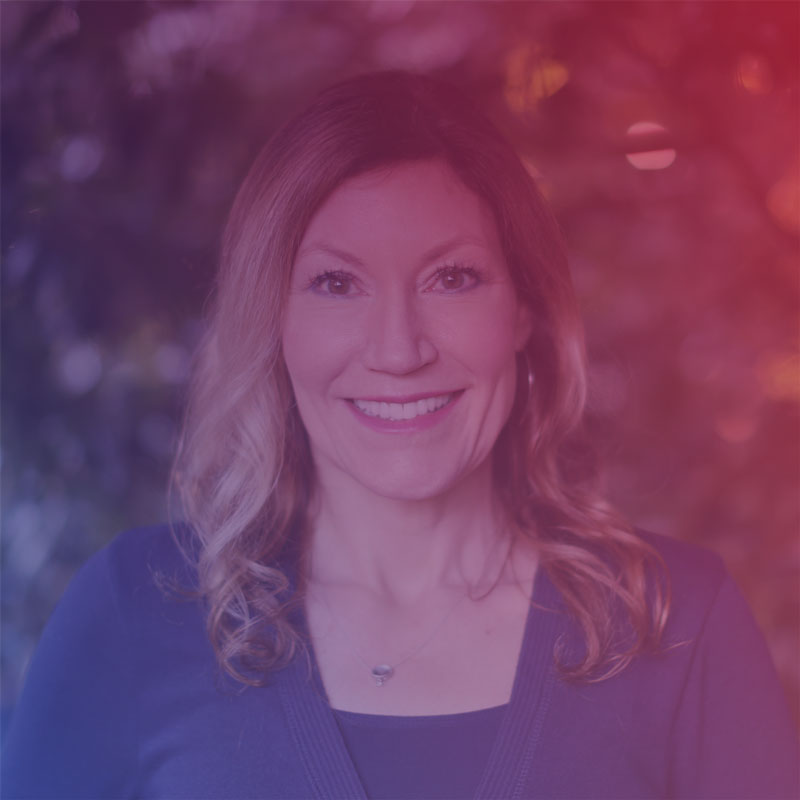 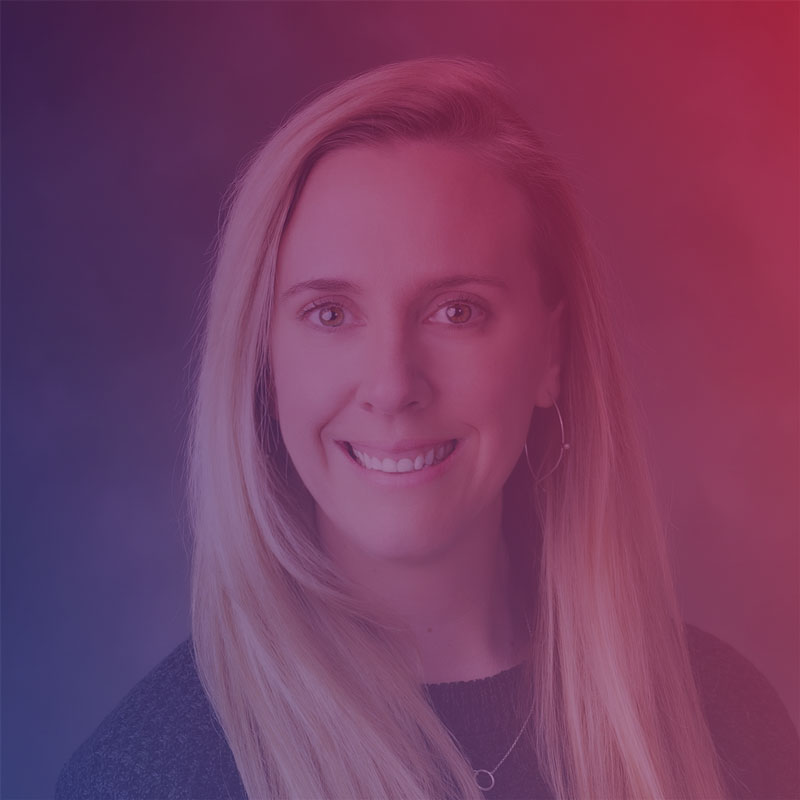 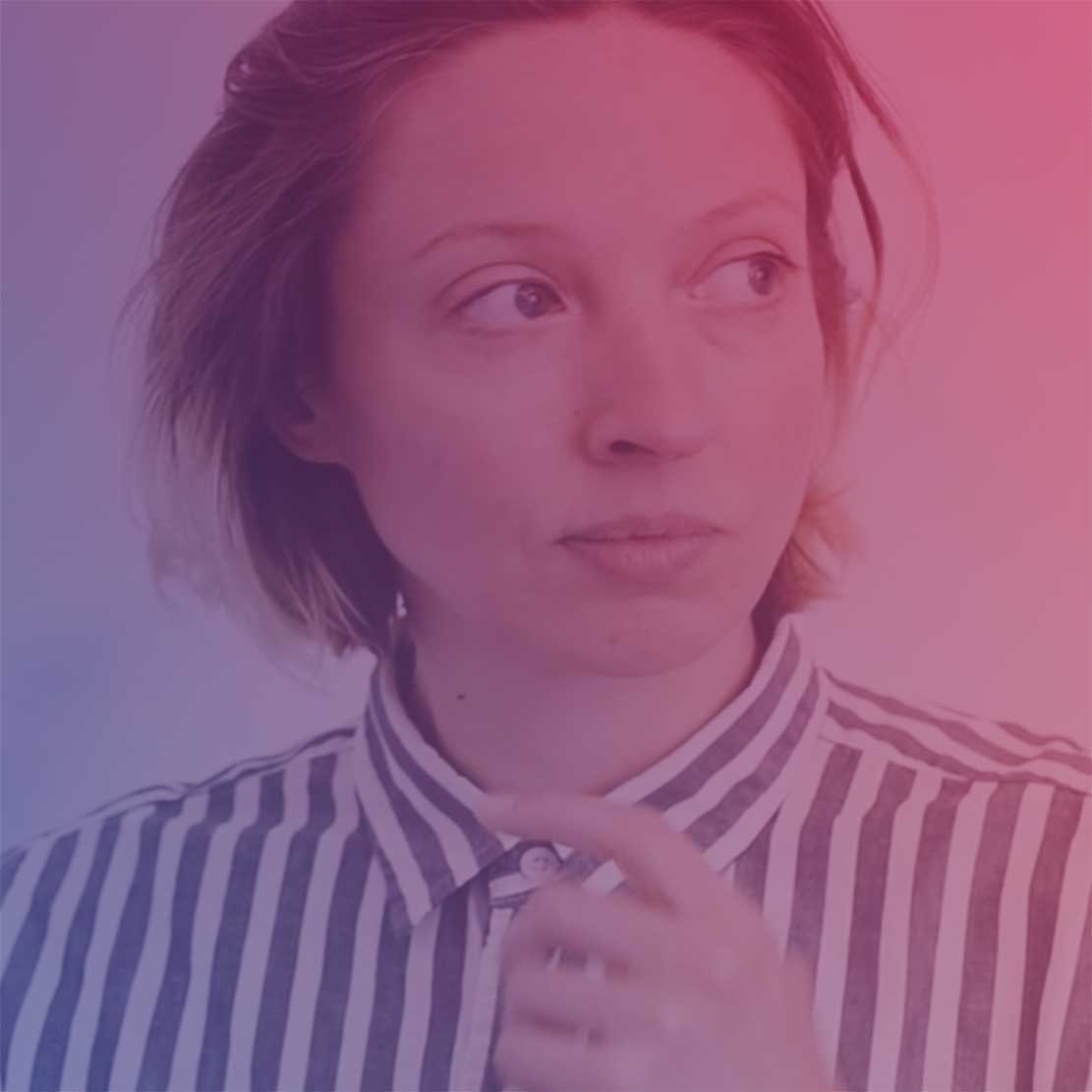 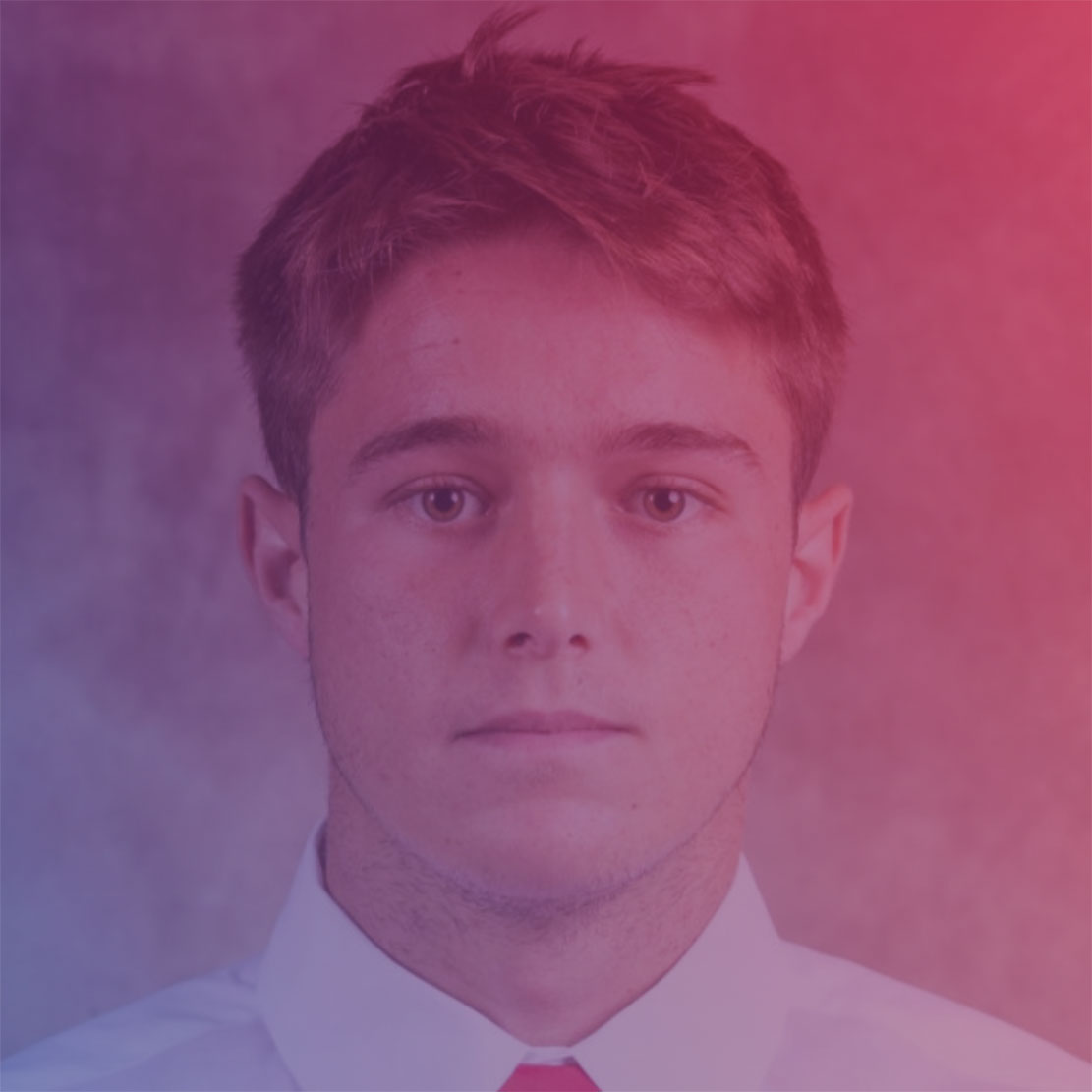 Alvaro Moreno LozanoUndergraduate Mentor
Alvaro Moreno Lozano is a junior Biological Systems Engineering major. He is particularly interested in biomedical research. He has played for the UNL tennis team and is currently a Learning Assistant for the Math Department. 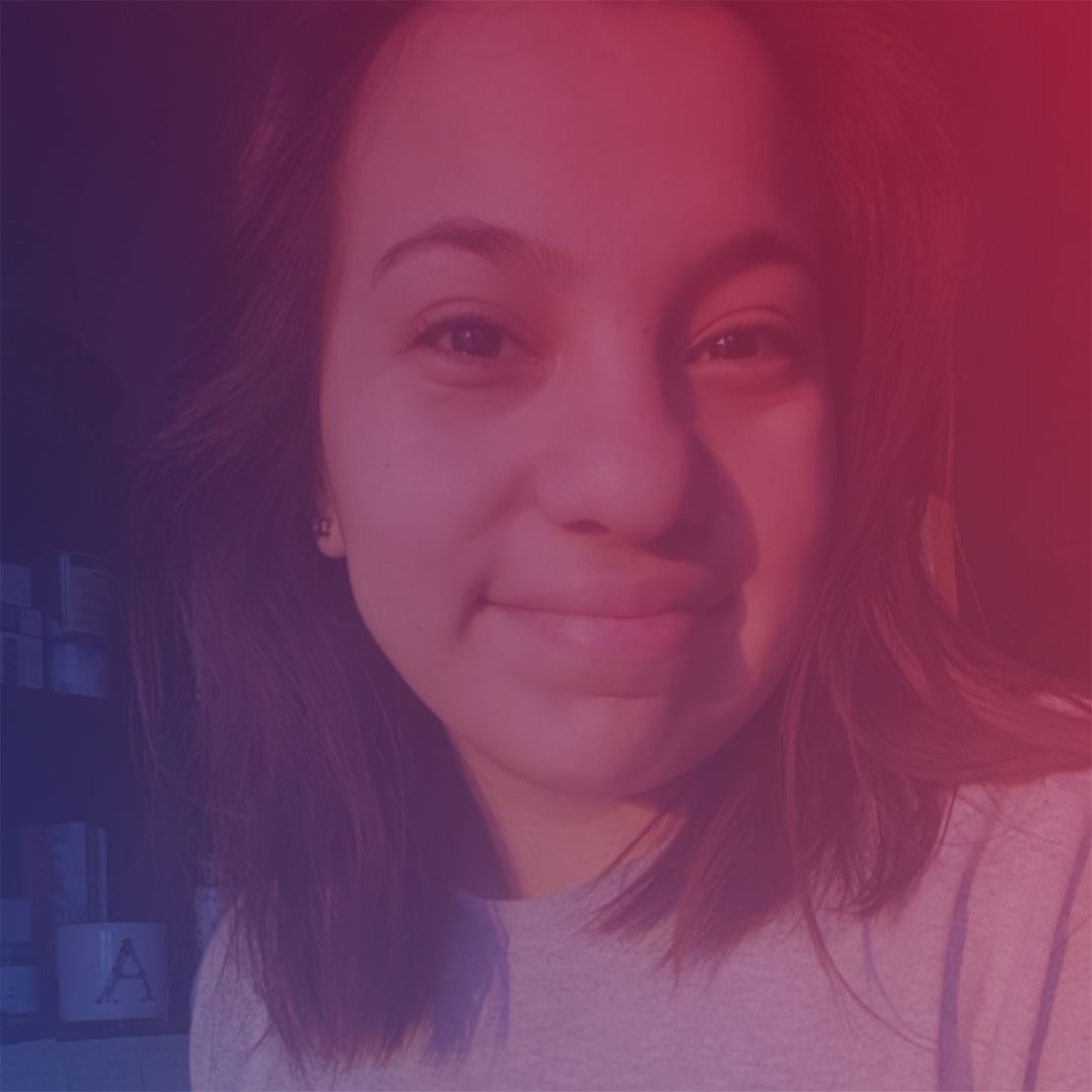 Amy KlarUndergraduate Mentor
Amy Klar is a sophomore elementary education and special education major who enjoys working with and teaching students. In her free time, she volunteers at SCC in an ESL classroom. 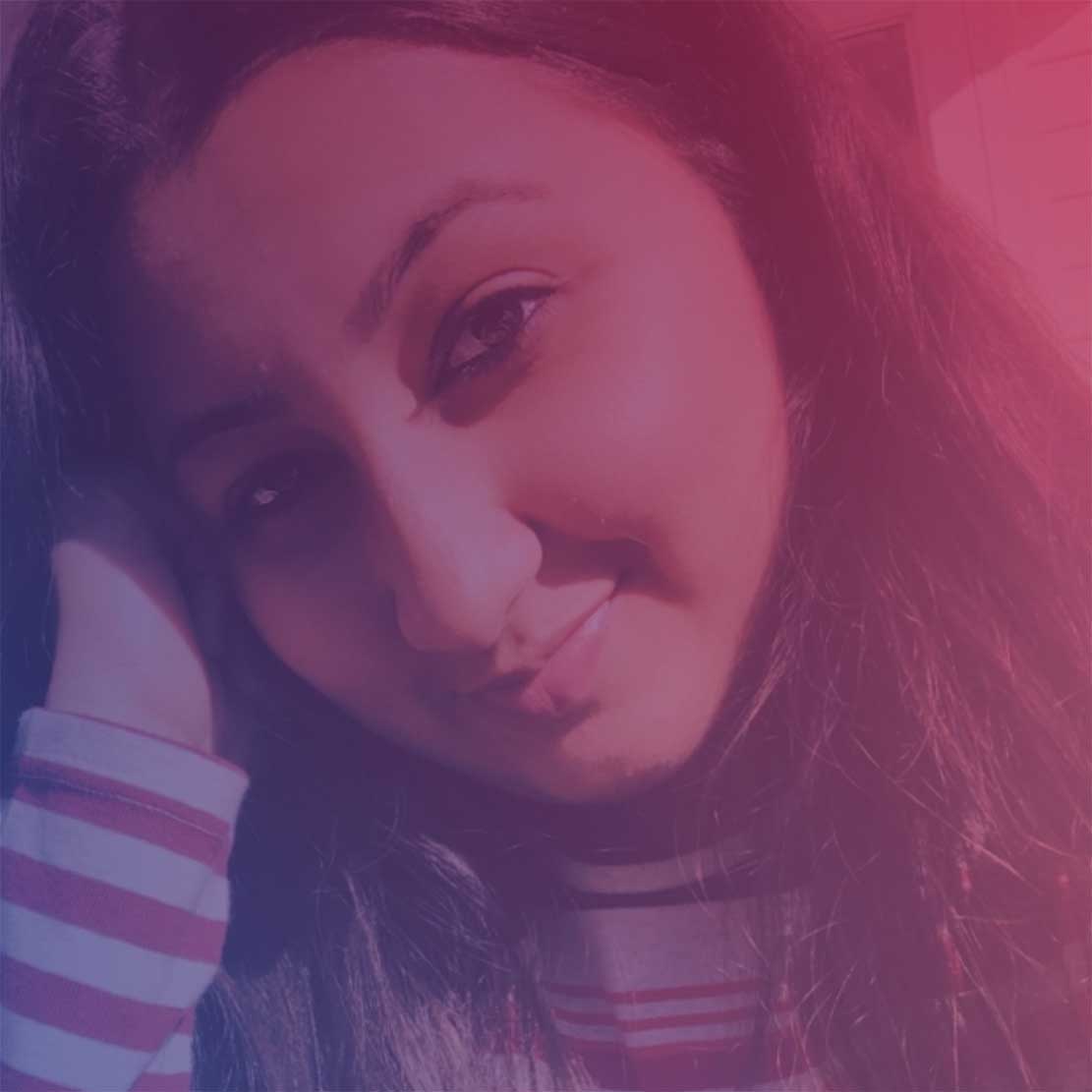 Aditi JainUndergraduate Mentor
Aditi Jain is a sophomore pre-med Biological Sciences and Psychology double major with a minor in Biochemistry. She is interested in pursuing medical school in hopes of becoming a doctor, particularly in the field of surgery and/or obstetrics. Currently, she is a Research Assistant in a Biology and Psychology research lab at UNL. In her free time, she enjoys volunteering and working with kids. 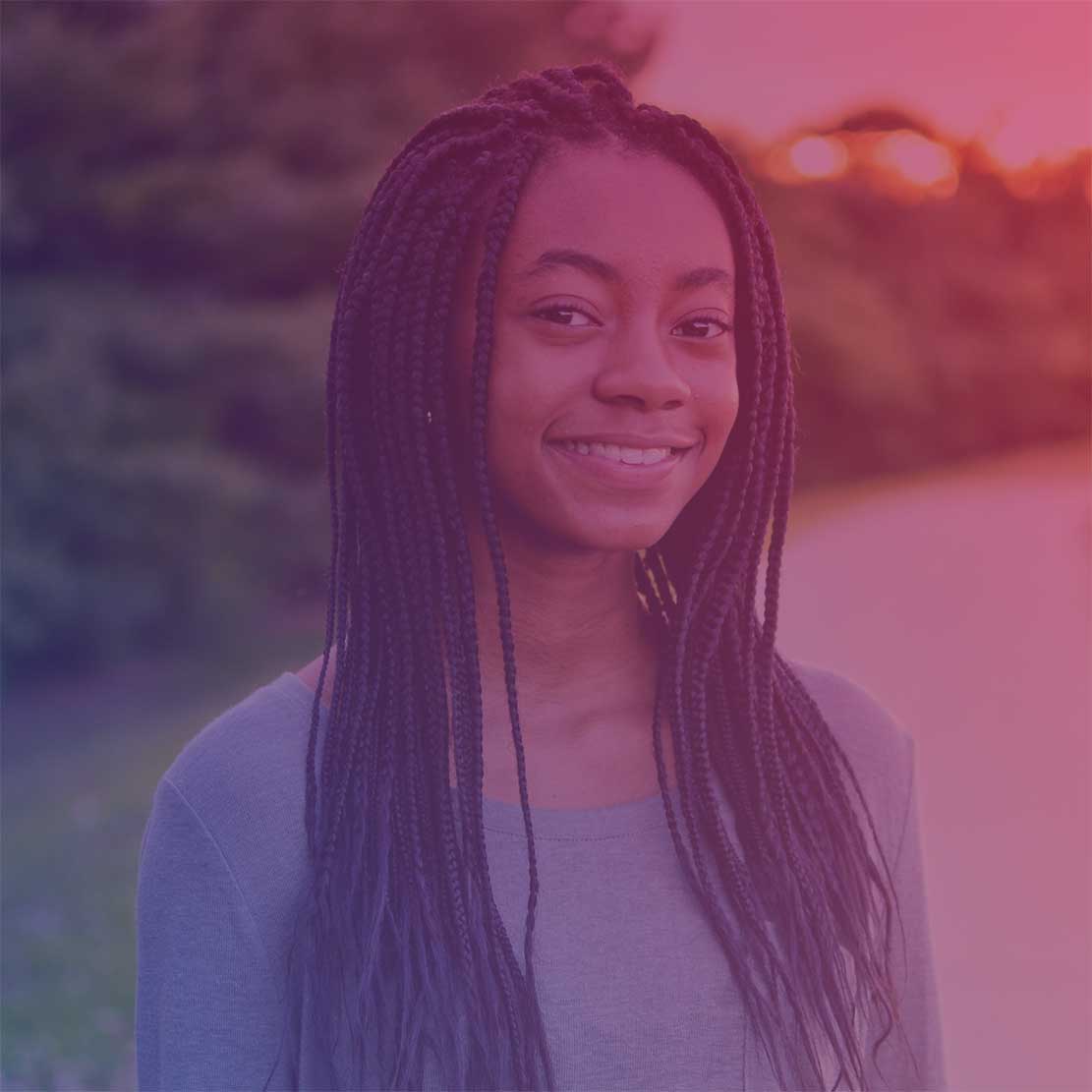 Chika AkwaniUndergraduate Mentor
Chika Akwani is a sophomore Biological Sciences major who enjoys working with kids. She is currently an undergraduate Research Assistant and likes to volunteer in her free time. 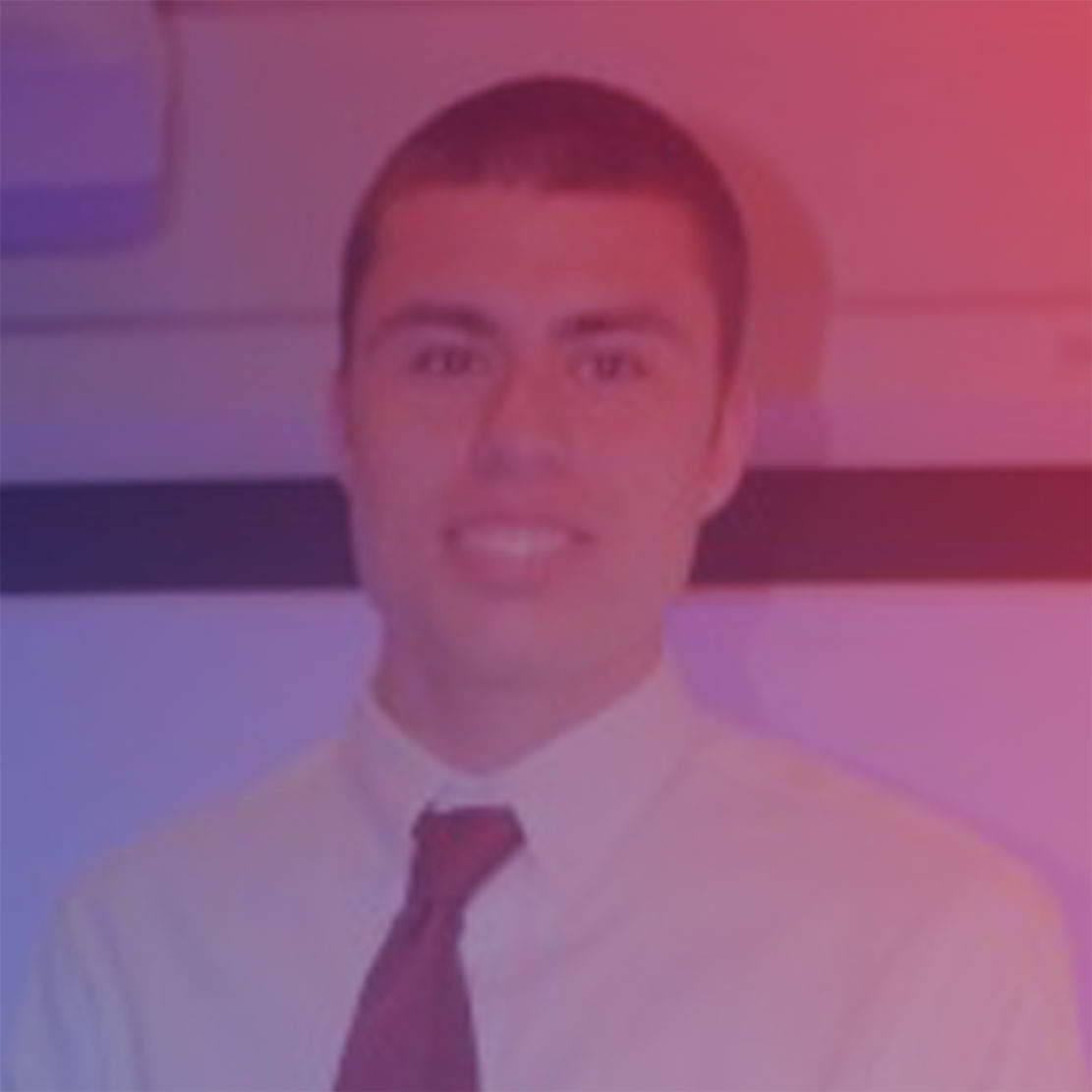 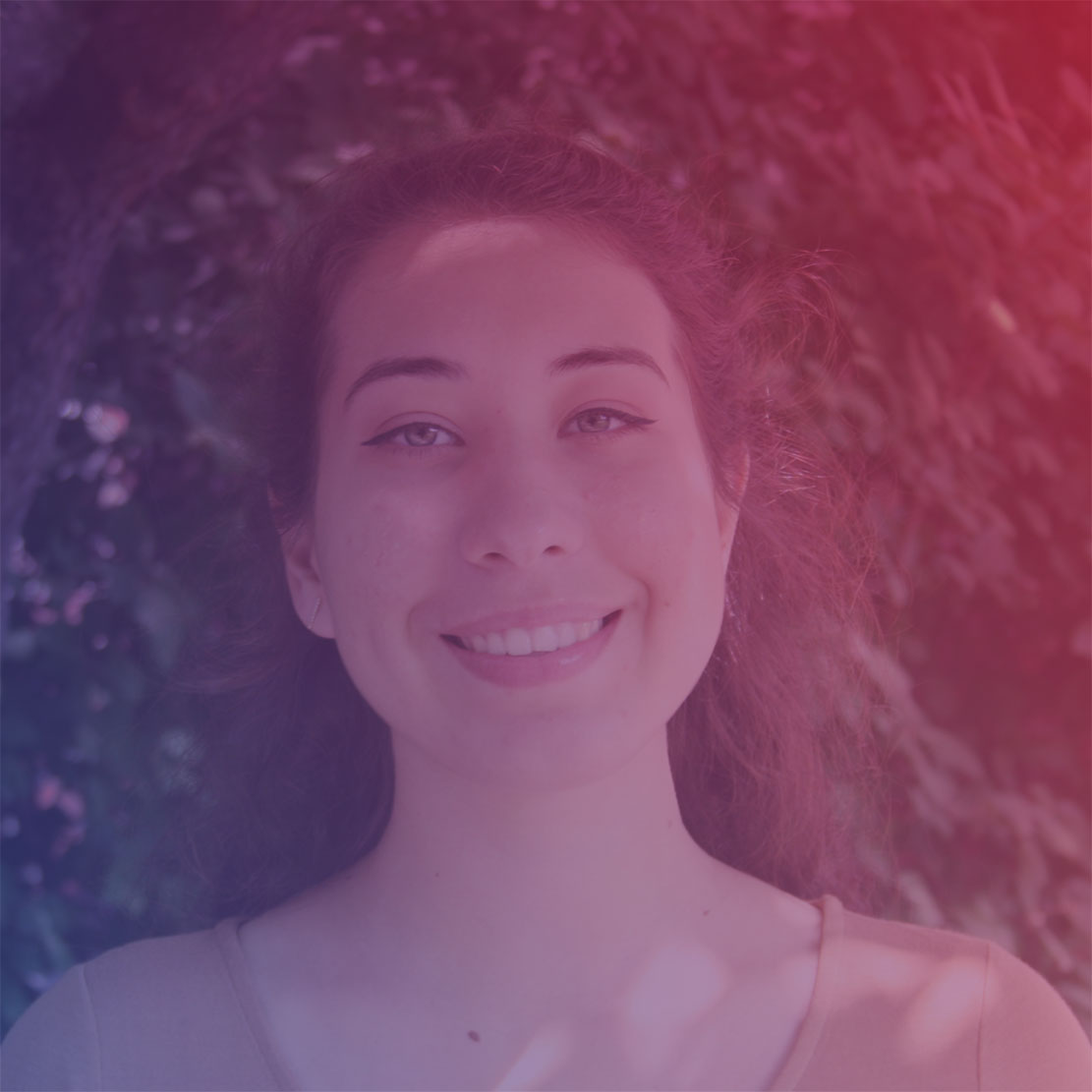 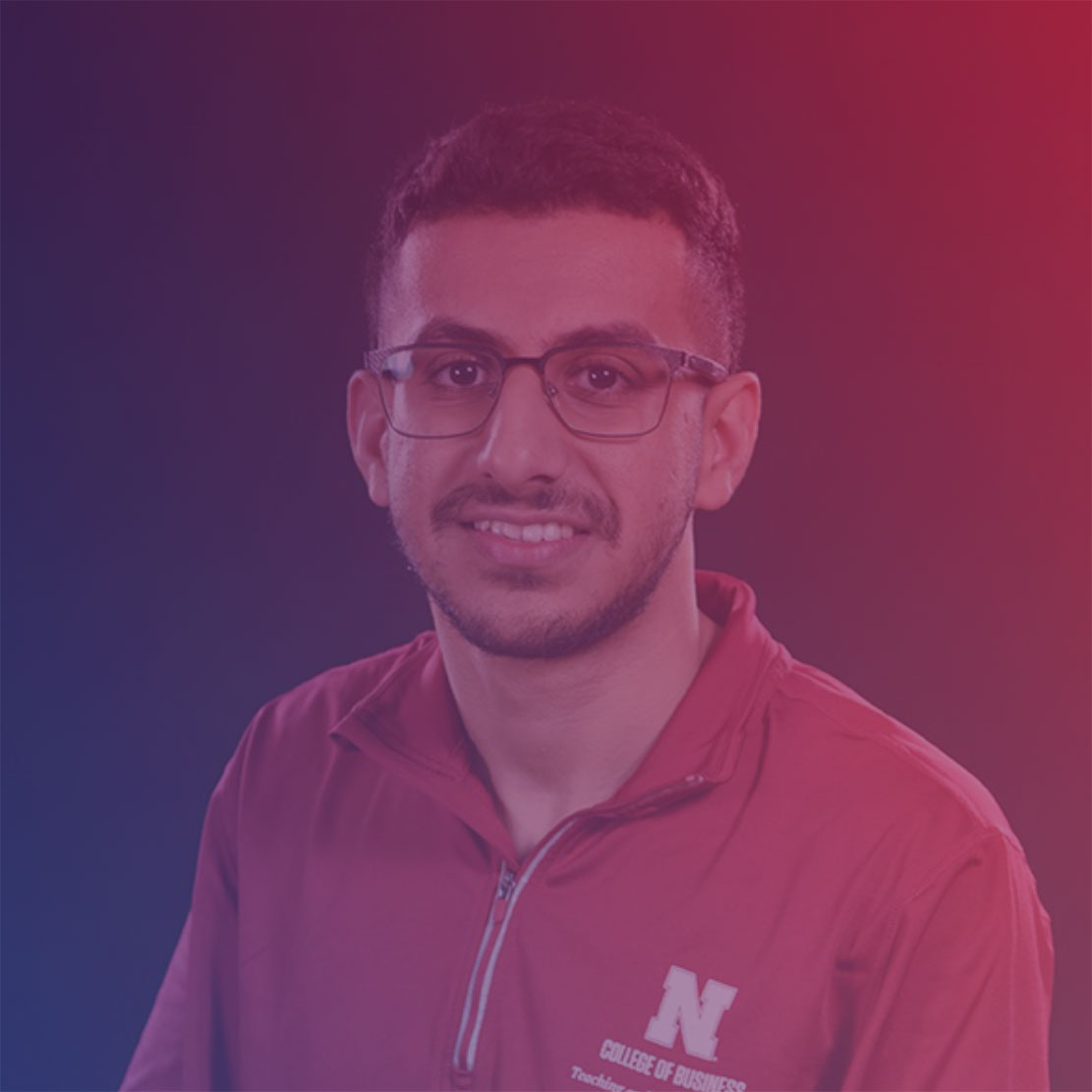 We are fortunate to have an advisory committee with extensive and diverse expertise. Some members are science advisors, helping to shape the activities by identifying research that addresses the gaps in public understanding about network science and evaluating the merits of proposed topics and ideas. Others focus on the education and diversity components of the project, providing input on audience needs, existing resources, and effective communications strategies for target constituencies. Still others guide the development and dissemination of project emerging media arts deliverables apps, podcasts, and the Internet, and several current and former teachers provide input as to the appropriateness of the network science topics for middle school youth. We are particularly excited to involve three recent B.A.-degree alumni of the UNL Department of Sociology—two were involved in UNL’s prior Biology of Human SEPA and currently work in public health, and one is pursuing postgraduate education in health informatics.

Regardless of their specialized expertise, all advisors provide advice regarding the program’s overall direction. They assess the program with respect to evaluation and learning research productivity, professional skill development, publications produced, and leadership demonstrated in the field. They also evaluate the program’s success in recruiting underrepresented minorities and women and in selecting appropriate deliverable content, the accessibility of program activities and deliverables, and develop effective dissemination plans and partnerships.

Nola Derby-Bennett, MA, directs Lincoln’s 26 current Community Learning Centers located in schools and supports the development and implementation of safe, supervised before- and after-school programs, weekend and summer enrichment opportunities and other support services for children, families and neighborhoods.

Vice President for Research, The University of Vermont

Trained as a cultural anthropologist, Dr. Kirk Dombrowski is an active researcher whose work straddles the social and behavioral health sciences, addresses issues of public concern and social good, such as HIV infection dynamics, drug and alcohol addiction, minority health disparities, and suicide prevention in Native American/First Nation communities. His research has received funding from NSF, NIH, and numerous foundation sources; and his published work has appeared in social science, computer science and health science journals.

Dr. Leslie Eastman leads the creation of assessment and evaluation reports for Lincoln Public Schools and collaborates on research to identify ways to improve educational outcomes for K-12 youth.

Dr. Robin Gauthier uses social network analysis for health research. As a postdoctoral researcher in the Minority Health Disparities Initiative, she led the conceptualization and analysis of a peer-reviewed social science publication using network data on middle school youth from the prior Biology of Human SEPA project.

Sarah Gergen is an experienced middle school science teacher who specializes in hands-on, inquiry-based education. She participated in a Biology of Human SEPA workshop on activating youth STEM identities and the 2019 Worlds of Connections SEPA Network Science Institute for Teachers.

An enrolled member of the Ponca Tribe of Nebraska, Judi gaiashkibos has served as the Executive Director of the Nebraska Commission on Indian Affairs since 1995.  In 2006, she was elected President of the Governor’s Interstate Indian Council (GIIC), a national organization with the mission of improving and promoting cooperation between state and tribal governments.  She is also actively involved in nonprofit service, has won numerous service awards in Nebraska and nationally. Ms. gaiashkibos served on the advisory board for prior SEPA grants and supports Native youth leadership and STEM summer camps.

Mary Herrington has more than 20 years of experience creating after-school programs for middle school youth, including “Roads, Rails, and Race Cars” (developed with UNL and the Nebraska Transportation Center) and “Empire Builders” (developed with Southeast Community College and the Lincoln Public Schools Career Academy). She participated in the the 2019 Worlds of Connections SEPA Network Science Institute for Teachers.

Molly Hoffmann, MEd, is an experienced science educator who utilized curriculum materials developed as part of UNL’s previous SEPA projects. She participated in a summer workshop on STEM identities from the Biology of Human SEPA and the 2019 Worlds of Connections SEPA Network Science Institute for Teachers.

Jorge Ledesma earned a B.A. in Sociology from UNL in 2017, collected and analyzed data on middle school youth focused on English language learners and health, and served as a collaborator on a social network analysis of Biology of Human SEPA-funded middle school youth data focused on the role of friends and science clubs in science identities among underrepresented minority youth. He holds a prestigious fellowship at the University of Washington in global health using “Big Data”.

As an undergraduate at the University of Nebraska-Lincoln and NE STEM 4U Afterschool Club mentor, Grecia Macias helped create and implement network science activities.  She is currently a Master of Health Informatics student at the University of Michigan and continues to work on STEM activities and public museum exhibits at the U-M Museum of Natural History.

Dr. Camillia Matuk designs and researches learning environments, particularly the Web-based Inquiry Science Environment. She leads undergraduate and graduate studio courses on gaming for learning. Dr. Matuk served as a valuable member of the Biology of Human SEPA advisory board and attended an annual SEPA meeting.

As an undergraduate sociology major at UNL, La’Risa McLennon, MPH, led SEPA-funded after-school science clubs, helped to create activities, provided feedback, and provided the voice of the teacher for the Biology of Human Occupied comic app on gut microbes. Part of her master’s degree in public health was funded by the Biology of Human SEPA. She also designed public health messaging focused on increasing early detection of breast cancer among black women in Omaha, NE and now works in public health focused on youth.

Dr. Rebecca Smith is Co-Director of the UCSF’s SEPA to have high school students create health messaging for peers and co-author on a Biology of Human SEPA book. Close collaborations with Dr. Smith on learning research on youth STEM identities include partnering in a SEPA conference workshop on measuring STEM identities.

Interim Associate Dean for Research and Research Professor in the College of Education; Department of Teaching, Learning, and Teacher Education; University of Nebraska–Lincoln